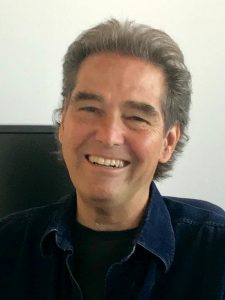 Recently, I saw a video of Jimmy Carter thanking the volunteers at the Habitat for Humanity site where he collapsed from dehydration. He spoke to them about how he had grown up in the segregated south, that his mother was a nurse who worked long hours and, subsequently, he was raised by a black woman who molded his relationship with God, as well as his relationship with all people. Before thanking the small cadre of volunteers surrounding him, he looked at his audience and told them that what he sees when he looks at them are “human rights heroes.” Then, he thanked them for their hard work and turned the podium over to Rosalynn, who talked about how, when “Jimmy” collapsed, she thought it was his heart, but his heart, it turns out after examination, is as strong as it is beautiful.

As we prepare to start a new season I began to think about the people we serve; how often they are perceived in a negative light by the larger community; shunned and shied away from, their humanity frequently overlooked because of their appearance or confused with the mental health or substance use issue they are saddled with, especially since so many of them seemed to have experienced early childhood trauma that, for one reason or another, often went untreated.

And, when I look deeper into this issue, I think about how they are welcomed by you at the shelter; how they are embraced and recognized, how none of you ever forget that we all came into this world the same way and that “There, but for the grace of God go I.” It made me think about what Jimmy Carter had said that day and I realized that each and every volunteer and staff person at the shelter is in his or her own right “a human rights hero.”

That particular point has not gone unnoticed by our guests. The other day one of the women we serve, who is in her mid-seventies, handed me a small piece of paper. It looked like she had cut it out of a magazine; perhaps a copy of an old Reader’s Digest she found on our bookshelf in the dining hall. She hugged me as she slipped the paper into the palm of my hand and said “Thank you.” I, in turn, thanked her for her gift, but didn’t take the time to read what it was she was giving me; easily distracted by something else going on in the shelter. It was only later, when I had a few moments alone with Sue in her office, that I read what she had handed me. It was a quote by Joseph Campbell. “A hero is someone who has given his life to something bigger than oneself.” Like Jimmy Carter said that night after being hospitalized, you are all definitely “human rights heroes.” On behalf of our guests, thank you for who you are and what you do and welcome back for another season at the shelter.